Last time I talked about Getting the best cycling shots on a tour that doesn’t really stop for you, and now I’m going to start adding a bit of meat to the bones.

To recap, we’re following a group of cyclists, of varying abilities and ages, on a tour across Alps from France into northern Italy, covering stunning countryside and scenery. From 3000m snow capped mountains, to the rolling hills of Tuscany. What are the shot alternatives we had to show the tour in its best possible light? 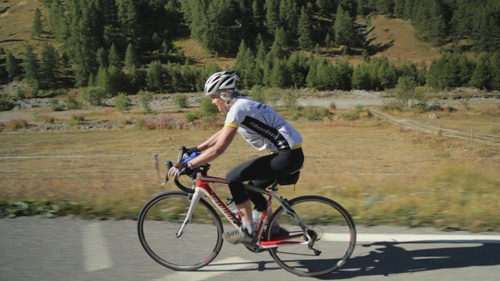 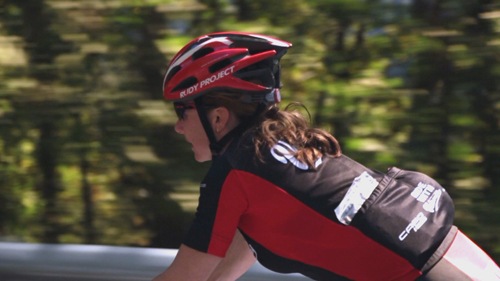 In this post I am specifically going to cover shooting out of the car or van window. It’s safe to say you’ll spend a lot of time doing this, as the cyclists can really motor (or by definition no motoring at all, really) across some of the windy roads, so getting in front of them to set up a shot is a rarity. To do this you will need:

I would recommend mounting a DSLR or cinema camera on your shoulder, or using some kind of shoulder rig to stop the up down motion. In fact, a true shoulder rig, relocating the camera way bak there will be problematic. So in this instance I used and would recommend a simple shoulder kit like this: 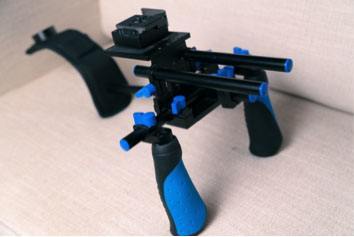 Which will give it some good rigidity and still fit in the passenger seat. If you don’t use that at the very least tie a strap round your neck to the camera and keep that taught whilst shooting.

Out the Van Window

This ended up my stock trade in generating high lycra content footage, but I feel I spent way to much time doing this.

If you’re shooting out of the side window with a shallow depth of field, with the cyclist in profile, each shot starts to get a bit samey: same framing, some differing backgrounds, not bad, but once you have a few good ones, it’s time to move on, with these a sequence you cannot make. 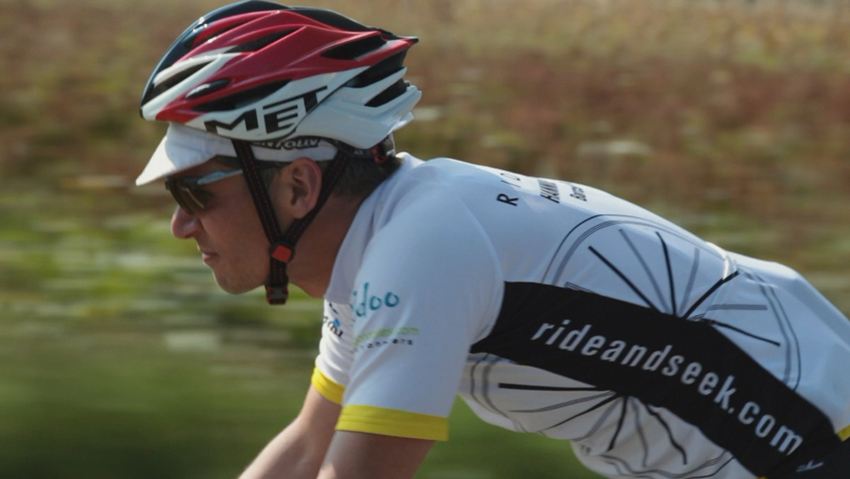 Then there’s shooting out the front, though the windscreen. You end up with shots like this: 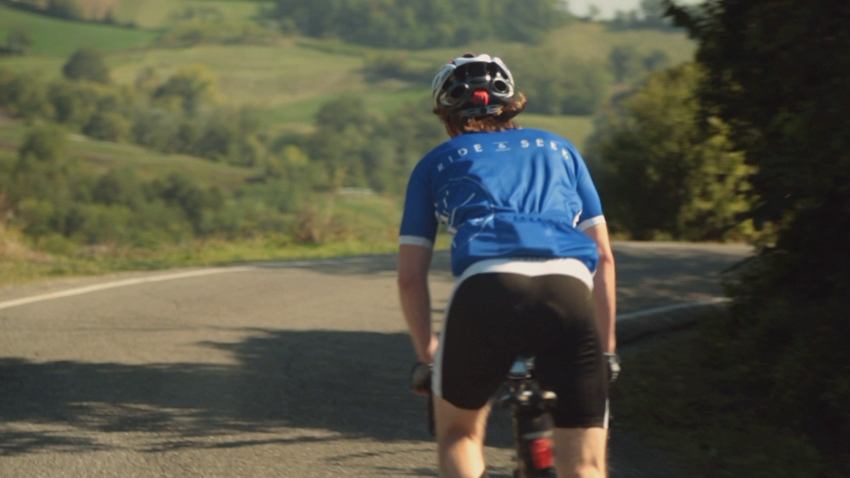 You can probably get a bit more scenery in the shot, but without the cyclist’s face they get even more repetitive, and these are in my book bottom of the pile. When I took them I remember saying “oh yes great stuff, lovely”. And lovely each one might look, but put em all together and you have one very tedious sequence.

My main point here is CLEAN YOUR WINDSCREEN before you set off. By focusing a few metres through the glass you can easily forgive the smudges and dirt on the small viewfinder, but get it in the edit suite and the ghostly smudging turns ghastly and will instantly render all your babies useless.

Then you have your resistance piece, or pièce de résistance as the French like to call it, which is hanging out the window with a sturdy camera and using a deep depth of field. In my case I had the Sony Z1 warhorse, zoom it all the way out wide, infinity focus  – so everything is in focus, hang the thing down as low as possible, bending up the viewfinder and get those front on shots of faces. Gold dust, these are the ones that really count. 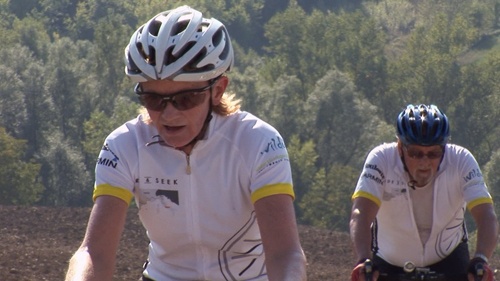 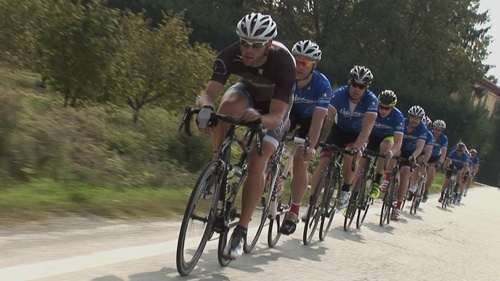 On my wish list for next time would be to ride pillion on a motorbike or moped,  a la Tour de France, and you could then get a load of these devils. It could just be that you hire the bike for a day, but it’s be worth it. Oh, and you need a driver!

What the ultimate shot here? In my opinion it’s going round a bend so the camera moves with the cyclist, so they stay in centre frame and the background moves past, in the shot below we see the alps moving past behind Pete: 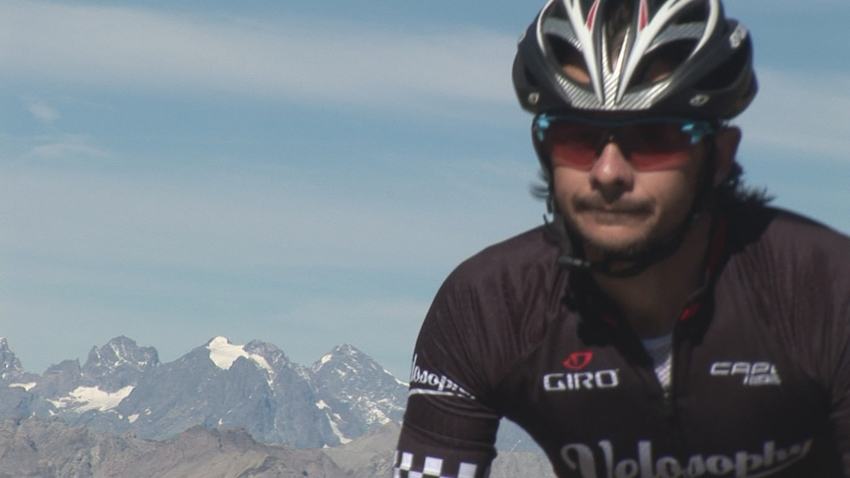 One more tip for the car. Turn the radio off when you’re shooting, 95% of what you use won’t need the audio, or just uses atmos, but you never know when the other 5% will hit, and you just have to be ready.

Next time… The Gritty reality of Setting Up on the Roadside