Late last summer I covered a week’s events on the Ride & Seek cycle tour through Europe on the trail of the Roman general, Hannibal.

The stage I had the pleasure of began in the French Alps, crossed them Alps into Italy, then descended at quite a rate into Italy as the countryside became more lush and the classic Italian vineyards materialized, and we made our way into Emilia Romagna, and ending for me near Milan. 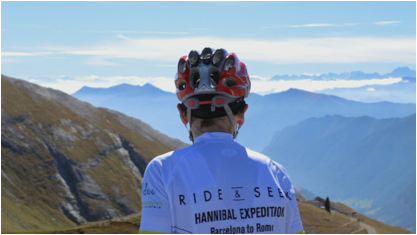 One of the first things that hit me apart from the cold morning in Les Chalps, “the View” apparently – and there’s more than one of these about, trust me, we tried another one first – was altitude sickness. I had a terrible headache I couldn’t shift and felt exhausted, going straight up to 3000m is not easy for those of us without the red blood cell count of an athlete. 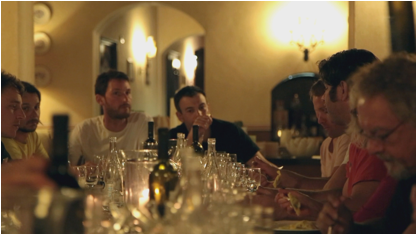 First things first, I’d say have a chat with the group beforehand, set them at ease that you do not want to ruin their experience, you are on their side, let them know who you are, tell them roughly the shots you intend to get, and tell them ever so nicely not to look into the camera and wave every time they see it! That’s the temptation, but we’re not shooting a holiday video, we want to see real emotions, and yes if they’re in pain, show it, but don’t worry we’re not about to stitch them up and make them look like a bunch of wimps. 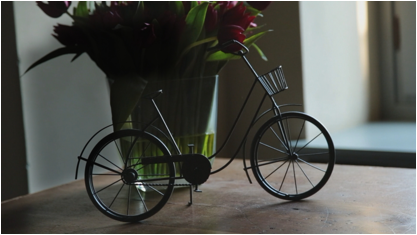 There were two distinct types of shots, make that three. Maybe four then. The extra two are your standard GVS and the cyclists enjoying lunch or coffee or some Euro-style hospitality, eating, sipping, smiling, nice food etc. So there are two ways to get to grips with our cycling subjects: out of the van window, or from the side of the road.

My main recommendation is get a dedicated car / bike / van to shoot from. I used the support vehicle, so I did at least have a driver, but you need the ability to go back and forth, jumping ahead of the pack, and stopping and starting, setting up on the edge of the road. The support vehicle is so tied to the needs of the cyclists, that your wishes will always be frustrated.