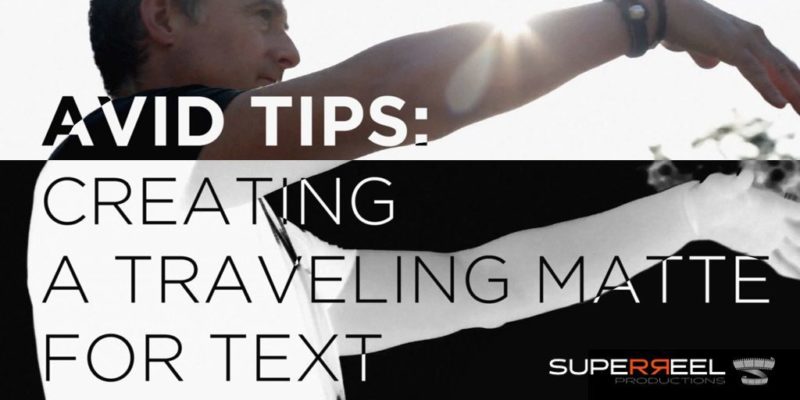 In this post I will show you how to create reactive title text – i.e. parts of which change colour in response to a moving background. This is done by generating a “traveling matte” in Avid, requiring the use of no additional plug-ins.

Titles say a great deal about a video or film, more than we realise, diligent in their subliminal ingenuity, check out the stupendous blog, Art of The Title for all the examples you could possibly need. The titles is an experience all in itself, often produced by an entirely separate specialist production company and director, in the case of James Bond it has practically become its own genre. They’ll often take weeks to make, with an effort only seen elsewhere in the movie trailer. Both are essential tools to whet the viewer’s appetite – the hook, before the opening scene of the film is to reel them in.

But if you’re not looking at spending thousands, or even getting a cheap logo animation theme via theme forest, and you’re still hoping to get something eye-catching yet simple, all within the Avid itself, then maybe this technique may well be of some use to you, or at least worth remembering.

First up of course is the font, a wondrous world that taps into our subconscious. Is your film serious? Happy? Sci fi geeky? Respectable? Old school? Old skool? Nu Skool? Rest assured there’ll be a font to fit and to tap into the subconscious of your viewership. A few good resources here are

Thinking With Type – by Ellen Lupton

Just My Type – by Simon Garfield

Then you need to lay it over your image or background. I’ll try to shoot specially for this, so it’s all planned beforehand and when I’m taking the shot I leave space for the text to be inserted:

But, as Neil Young said, the Devil fools with the best laid plan. So sometimes it’s more of an after thought. In my case study below, we began with a title for the company: 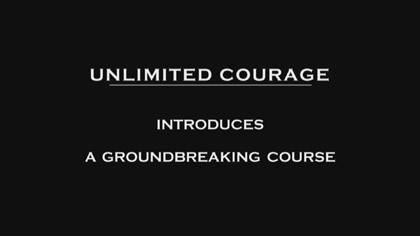 And then needed to announce the course they had on offer. When I began the edit it became apparent it’d be more punchy just to get on with some shots, and I simply hadn’t a neat amount of space in the frame: 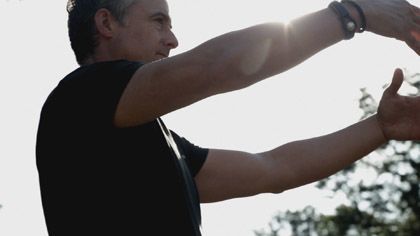 Just laying either an all black or all white title on anyway wasn’t going to look great, as the image was too contrasty: 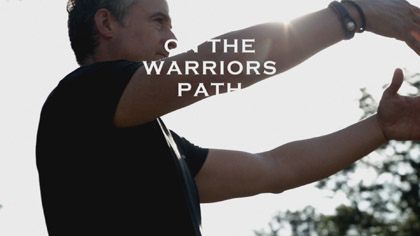 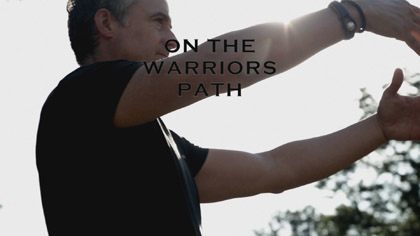 So I needed to create what’s called a “traveling matte” (as opposed to a static matte) being one that changes frames by frame. By using the below method the title reacts to the background, fluidly changing from black to white as appropriate: 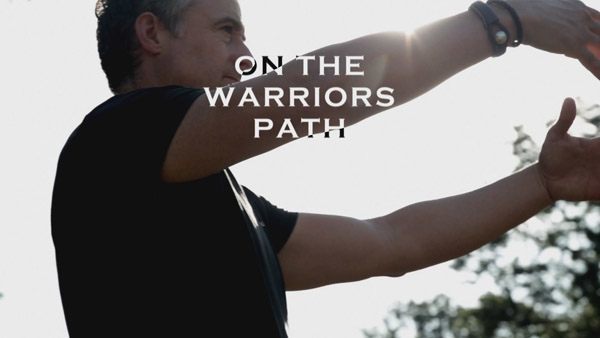 As seen here in the final video, also adding a “light leak” effect on the top layer;

Ultimately you do at least need a contrasty image to make the matte work. But then, if the image isn’t contrasty, why aren’t you just using simple text? Anyway, here’s the step by step guide on how to achieve that look. You need no extra plugins, just set up the layers on the Avid timeline as follows:

V4.  This layer is the “matte” itself. See below how to create it. It’s essentially another copy of the source clip, highly contrasted and de-saturated, with a matte key effect on top: 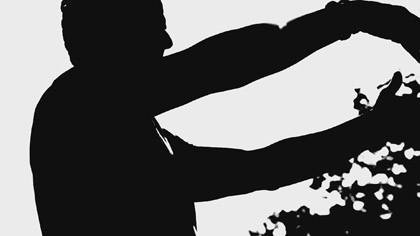 For those who don’t know, a matte or mask is a black and white layer used to combine two other layers, the origins going back to film -“masking” out sections of the negative when shooting so as not to expose them. In their case they created as an exact a reverse version of the matte mask as possible, re-wound the negative, and re-ran and re-exposed it to fill in the other parts of the image, combing two scenes.

It’s not so tricky in our case, and it’s all done in post. You can imagine the matte cutting out a shape on one layer in order to see the layer(s) beneath. With Avid, the black part of the matte “cuts out” from the layer directly below it. In this case it cuts out part of the black version of the text, so we can see parts of the white version (which is all laid over the regular image).

This layer is a “nested” clip, which is necessary to in order to drop the matte effect on top. What’s a nest? A sequence within a sequence, or more usually a layer with a layer, it neatens up the timeline, allows an effect to operate only on a select set of layers (N1, N2 etc.), and allows you to manipulate those layers as one with regards dissolving in and out or other transitions. Be aware that layer numbering in a nest is the opposite to that seen in the regular timeline, so N.1 is on the top, N.2 below that, N.3 below that and so on.

This nested layer consists of:

To summarise the matte creation idea here: we first create the best “black and white” version of our clip possible, and then drop the matte effect on top.

There you have a traveling, or reactive, black and white title. But of course it doesn’t necessarily have to be black and white, change the text colours of layers 2 and 3 as required. And it also doesn’t need to be text, the technique could give you your own version of the old James Bond sequences: matte a shape on one layer – e.g. girls dancing (if that’s your thing); and cut out one coloured version of a layer, e.g. swirling blue liquids, on top of another, e.g. swirling red liquids. NB, you’d most likely need to use a garbage matte here as well.

These things aren’t meant to be hard, and when you dissect them, they really aren’t. I tend to think they’re only hard if they’re explained by someone who doesn’t understand them properly themselves.

I hope this provides a little knowledge and gives a few ideas.

If you would like to provide feedback, add to the points raised, get some advice or even a quote for video production, feel free to get in touch.